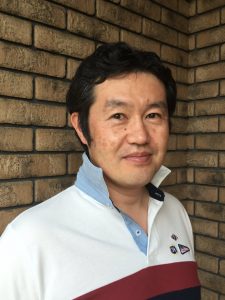 A spoofing attack is a critical issue in wireless communication in embedded systems in which a malicious transmitter outside a system attempts to be genuine. As a countermeasure against this, we propose a device-authentication method based on position identification using radio-propagation characteristics (RPCs). Since RPCs are natural phenomena, this method does not depend on information processing such as encryption technology. We call the space from which attacks achieve success “attack space”. By formulating the relationship between combinations of transceivers and the attack space, this method can be used in embedded systems.

In IoT devices, system security is a critical consideration. Malicious programs such as computer viruses are particularly severe security threats because threats attempt to invade IoT devices and perform malicious operations without users realizing. Although a well-known, traditional approach to detect malicious programs is to search for attack code in the disk areas, i.e., virus scanning. In this method, a virus definition database (a kind of blacklist) is used to find malicious programs. However, one of the main drawbacks of this static approach is that we cannot detect unknown attack code. To solve such fundamental issue, in this research, we propose a novel approach for dynamic program authentication technique by using machine learning techniques. Since energy budgets used in IoT devices are strictly constrained, we also attempt to make a good trade-off between security and energy efficiency.